The calculator has a negative edge asynchronous reset, takes the value of the number of the term in the fibonacci series that needs to be calculated and initialization signal as its input and returns signals done and the output generated.

The basic idea behind this project was to firstly create a fibonacci calculator using the FSM Design with 3 different states namely IDLE, COMPUTE and DONE and then later optimizing the overall design, the number of logic devices and Lookup tables used and area numbers by using different approaches.

The initial generic approach includes the use of only a single always_ff block for the entire description of the module. The output signals were also generated inside the always block, THUS LEADING TO THE CREATION OF EXTRA FLIP FLOPS as expected. Alongside that, 3 states were used in the FSM model. 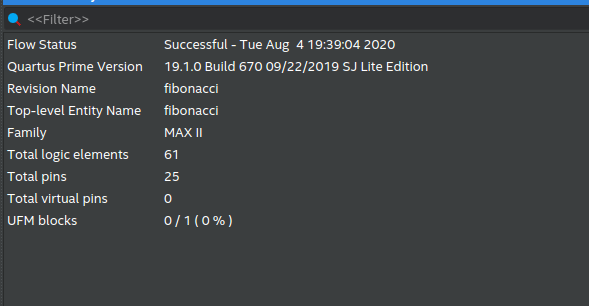 To optimize the design, the output generation block of signals were removed from the always_ff block and were created as separate assign statements as a combinational circuit thus avoiding the creation of the unnecessary D-Flip Flops. Also the redundand DONE state was removed from the fsm model. 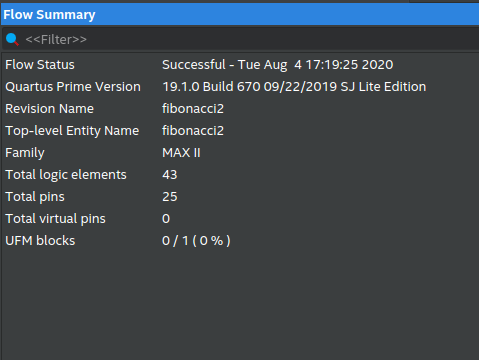 The final Approach removed the concept of FSM based design completely and instead used an array of registers to compute the fibonacci successively in a function block. 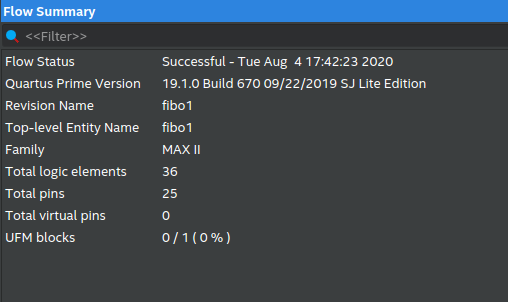 All the above designs were synthesised using Quartus and synthesis report was generated which shows the following results:

Testbench used can be found here.